Lessons from Cycling for Libraries 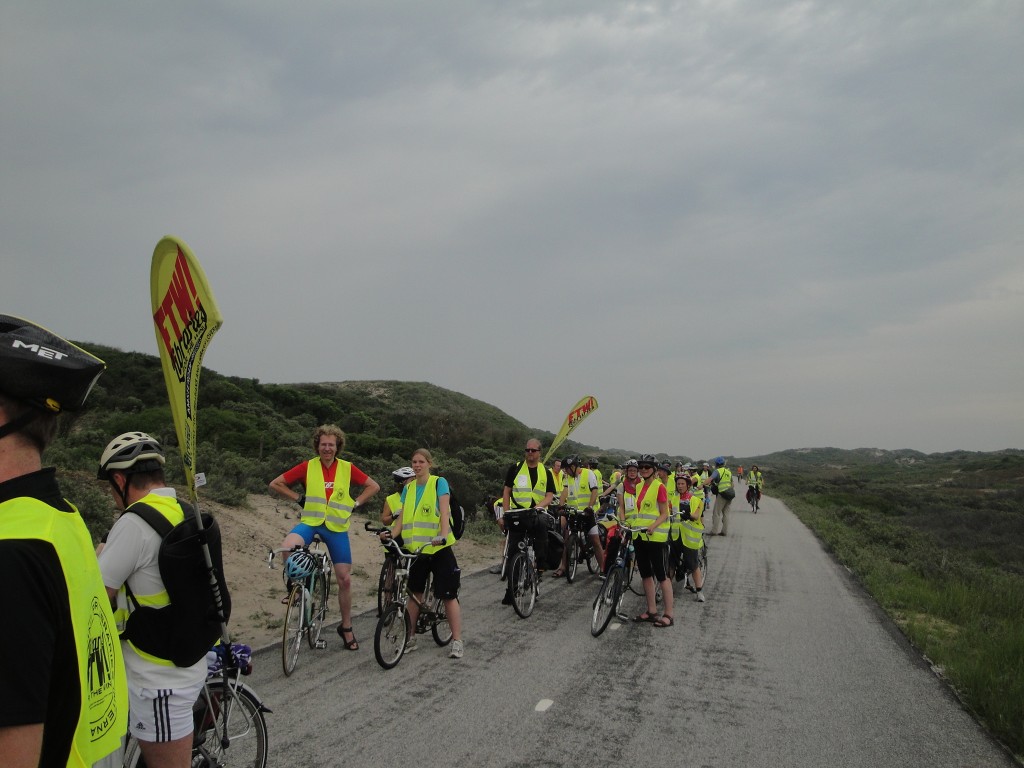 As I am writing this, more than 100 people working in and for libraries from all over the world are cycling from Amsterdam to Brussels in the Cycling for Libraries 2013 event, defying heat, cold, wind and rain. And other cyclists ;-). Cycling for Libraries is an independent unconference on wheels that aims to promote and defend the role of libraries, mainly public libraries, in and for society. This year it’s the third time the trip is organised. In 2011 (Copenhagen-Berlin) I was only able to attend the last two days in Berlin. In 2012 (Vilnius-Tallinn) I could not attend at all. This year I was honoured and pleased to be able to contribute to the organisation of and to actively participate in the first two days of the tour, in the area where I live (Haarlem) and work (Amsterdam).
I really like the Cycling for Libraries concept and the people involved, and I will tell you why, because it is not so obvious in my case. You may know that I am rather critical of libraries and their slowness in adapting to rapidly changing circumstances. And also that I am more involved with academic and research libraries than with public libraries. Moreover I have become a bit “conference tired” lately. There are so many library and related conferences where there is a lot of talk which doesn’t lead to any practical consequences.

The things I like about Cycling for Libraries are: the cycling, the passion, the open-mindedness, the camaraderie, the networking, the un-organisedness, the flexibility, the determination and the art of achieving goals and more than those.

I like cycling trips very much. I have done a few long and far away ones in my time, and I know that this is the best way to visit places you would never see otherwise. While cycling around you have unexpected meetings and experiences, you get a clear mind, and in the end there is the overwhelming satisfaction of having overcome all obstacles and having reached your goal. It is fun, although sometimes you wonder why on earth you thought you were up to this.

The organisers and participants of Cycling for Libraries are all passionate about and proud of their library and information profession, without being defensive and introverted. As you can see from their “homework assignments” they’re all working on innovative ways, on different levels and with varying scopes, to make sure the information profession stays relevant in the ever changing society where traditional libraries are more and more undervalued and threatened. So, the participants really try to make a difference and they’re willing to cycle around Europe in order to attract attention and spread the message.

Open minds are a necessity if you embark on an adventure that involves hundreds of people from different backgrounds. For collaborating both in decentralised organisation teams and in the core group of 120 people on the move, you need to appreciate and respect everybody’s ideas and contributions. Working towards one big overall goal requires giving and taking. Especially in the group of 120 people on wheels doing the hard work this leads to an intense form of camaraderie. These comrades on wheels are depending on each other to get where they’re going. A refreshing alternative for the everyday practice of competition and struggle between vendors, publishers and libraries.

The event offers an unparallelled opportunity for networking. With ordinary conferences the official programme offers a lot of interesting information and sometimes discussion, but let’s be honest, the most useful parts are the informal meetings during lunches, coffee breaks and most importantly in the pubs at night. It is then that relevant information is exchanged, new insights are born and valuable connections are made. Cycling for Libraries turns this model completely upside down and inside out. It is one long networking event with some official sessions in between.

Cycling for Libraries is an un-conference. As I have learned, this specific type on wheels depends on un-organisation and flexibility. It is impossible to organise an event like this following a strict and centralised coordination model where everybody has to agree on everything. For us Dutch people this can be uneasy. Historically we have depended on talking and agreeing on details in order to win the struggle against the water. The cyclists have ridden along the visible physical results of this struggle between Delft and Brugge, the dykes, dams and bridges of the Delta Works. The need to agree led to what became known as the Polder Model. On the other hand we also have a history of decentralised administration. “The Netherlands” is not a plural name for nothing, the country was formed out of a loose coalition of autonomous counties, cities and social groups, united against a common enemy.

Anyway, the organisation of Cycling for Libraries 2013 started in February with a meeting in The Hague with a number of representatives and volunteers from The Netherlands and Belgium (or Flanders I should say), when Jukka Pennanen, Mace Ojala and Tuomas Lipponen visited the area. After that the preparations were carried out by local volunteers and institutions without any official central coordination whatsoever. This worked quite well, with some challenges of course. I myself happened to end up coordinating events in the Amsterdam-Haarlem-Zandvoort area. I soon learned to take things as they came, delegate as much as possible and rely on time and chance. In the end almost everything worked out fine. In Amsterdam we planned the start event at OBA Central Public Library and the kick-off party at the University of Amsterdam Special Collections building. I only learned about the afternoon visit to KIT Royal Tropical Institute a couple of weeks before. I had nothing to do with that, but it turned out be a successful part of day one. Actually the day after KIT staff told the Cycling for Libraries participants that the museum and library faced closing down, a solution was reached and museum and library were saved. Coincidence?

The next day, the first actual cycling day between Amsterdam and The Hague, I cycled along for part of the route, from my home town Haarlem to halfway to The Hague. The visit of the Haarlem Station Library started an hour later than planned, and during lunch in Zandvoort on the coast we received word that the local public library were waiting for us to visit them. This was a surprise for me and Gert-Jan van Velzen (who helped plot the route from Amsterdam to The Hague). But we decided to go there anyway, and we were welcomed with free drinks and presents by the friendly librarians in their brand new building. At 4 o’clock we were expected to arrive at Noordwijk Public Library, but we were still in Zandvoort. No problem for Jeanine Deckers (airport librarian and regional librarian) who was waiting in Noordwijk with stroopwafels. Unfortunately I didn’t make it to Noordwijk, because I had to go back home and work the next day. But it was great to experience one day of actual cycling for libraries.

This loose, distributed and flexible organisation might be seen as an example of resilience, the concept that was introduced by Beate Rusch in her talk about the future of German regional library service centres at the recent ELAG 2013 conference in Ghent. Resilience means something like “the ability of someone or something to return to its original state after being subjected to a severe disturbance”, or simply put “something doesn’t break, but adapts under unexpected serious outside influences”. I completely agree that it would be better if organisations and infrastructures in the library and information profession were more loosely organised and connected. By the way, Beate was also involved in organising the Berlin part of the first Cycling for Libraries.

One final thing I want to say is that I admire the way in which Cycling for Libraries manages to reach their goals and more by means of this loose, distributed and flexible organisation. Depending on local coordination teams they succeeded in meeting Dutch members of parliament in The Hague and the European Parliament in Brussels to promote their cause. Which is a remarkable result for a small group of crazy Fins.

One thought on “Meeting people vs. meeting deadlines”